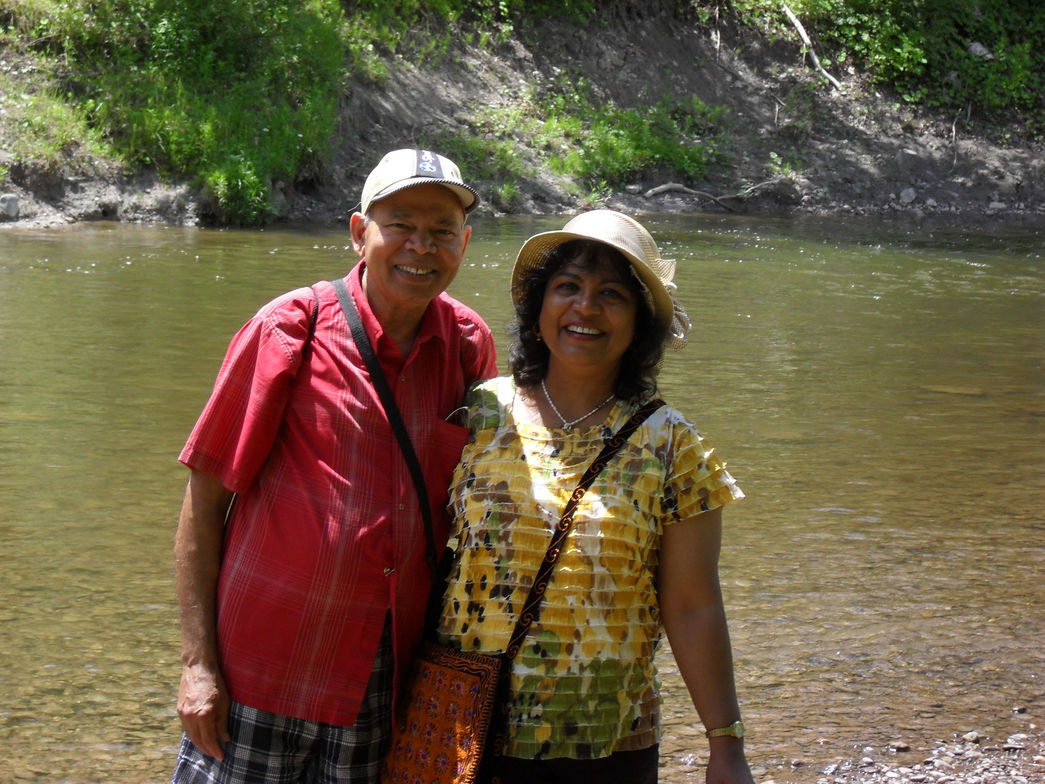 Nadeem was born into a committed Muslim family in India and was raised in Pakistan. He grew up observing the Muslim Traditions and studying the Quran. Upon graduation from University he moved to Europe to seek employment but failed in that attempt. He writes,

"I found that my hopes and interests were concentrated solely in my educational degrees; my religious traditions had failed me; there was nothing left to hold on to. I was desperate; not knowing where to go or what to do. Without money and my career in tatters my life had completely lost all meaning and purpose... the only thought that attracted me was suicide, in a hope that I could find a way out of the rat race."

As he wandered the streets of Copenhagen late one evening, his path crossed with a man and a woman who asked if he wanted to find love, peace and joy. Filled with great interest, Nadeem went with them to a nearby coffee bar where the two spoke to him about Christianity. What he heard sounded good, but his background and belief in Islam made it difficult for him to be open to the possibilities of a loving God who sent his Son to die for his sins. He left the coffee bar with a copy of the Gospel of John in his hands and although he had been taught that Muslims are forbidden to read the Bible, He took it home and read it anyway. The more he read the more questions he had:

Why was Jesus born in such a extraordinary way?

Why was he killed by such a terrible method as crucifixion?

Why did he rise again from the dead on the third day?

Nadeem returned to the coffee bar to further discuss his readings with the people there. DUring that visit he learned how these people sought God for direction in their lives and that they deeply expected Him to answer them! Nadeem writes,

"This... changed my life. up to that point I had trusted in religion, my studies and ambitions. All of these had failed me when I needed them most. As I considered the implications of this dramatic statement I surrendered my life to Jesus and asked Him to forgive me and come into my life. What a peace came upon me!"

Nadeem attended a discipleship training center in Germany and then he traveled to the Netherlands where he lived with, and worked for a Christian family. It was during that time that he met and married a Dutch woman and they had a family together.

Through a chain of events Nadeem and his family were appointed to WEC (World Evangelism Centre) to serve in Pakistan. His ministry was based in Karachi and while there, his wife and children were living in Murree, 1500km away, where the children attended Murree Christian School. it was while in north Pakistan that his beloved wife was killed by a landslide accident. Returning to the Netherlands, Nadeem was able to settle the children and for a number of years he used that location as a base for short trips into Pakistan.

It was during those trips that he met Jamilla, a Pakistani missionary, who shared a passion for missions, having been involved in numerous mission opportunities.

Jamilla was born into a Christian family and it was in her teen years that she sensed God leading her into service for Him. That sense was confirmed at a Campus Crusade for Christ conference; she writes,

"... during different (conference sessions God spoke to me and revealed to me that He had a plan for me to go ahead bravely for His opportunities."

She completed a Bachelor of Arts and gained experience in the work-world through a number of job opportunities that cemented her studies and helped her broaden her depth of skill and understanding in various components of administration.

Already having a solid administrative background, Jamilla was able to receive Bible training when she attended a missionary training centre (Bible College) in the Netherlands; she also served on a number of mission team projects. God provided her the opportunity to study, and be involved in missions in England, Holland, Scotland, Turkey, Germany, Cyprus and Kazakhstan.