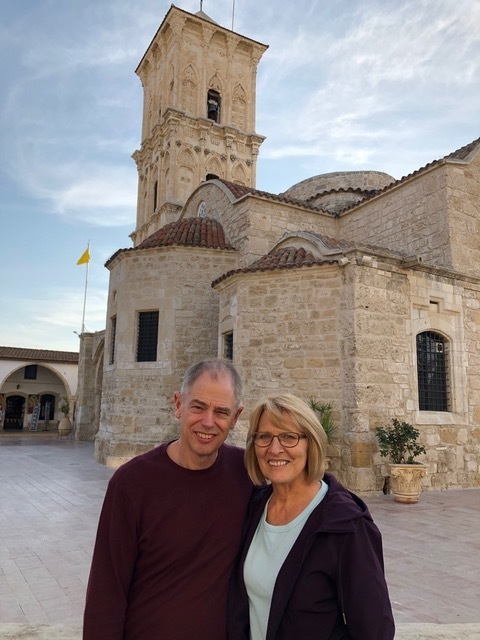 Gene and Grace attended and were actively involved in CRBC from 1998-2007 while Gene worked as Camp Homewood’s program director. In 2007, God moved them to work with International Messengers with Gene becoming the Canadian director.

International Messengers currently has 225 career missionaries working in 28 countries. Its philosophy is this: How has God hard-wired you? What are your passions? How can you use those to reach the lost? Because of this philosophy, IM has many varied ministries—church-planting, ESL schools, university student outreaches, orphanages, homes for abused and abandoned women and children, a day center for children and teens infected with HIV/AIDS, and more. One common ministry, however, is Evangelistic English Learning Camps (EELC).

EELCs offer both a conversational English class and an English reading class (aka Bible class) daily. Many campers discover, for the first time, biblical truths about a God who desires relationship with them through Jesus Christ’s death and resurrection. Most of these people have been impacted by alcoholism, abuse, or abandonment and are living without hope—that is, until they discover that God loves them and wants to heal their brokenness.

Gene and Grace recruit, train, and lead two-week mission trips to host Evangelistic English Learning Camps in Eastern Europe and the Middle East each summer. Throughout the year, Gene also arranges for individuals and teams to partner with IMs career staff in other ways. He’s helped equip construction teams, marriage and family counselors, English teachers, and more to serve in their area of expertise.

IM has four missionary training centres, and Grace teaches at the Middle Eastern location annually. She’s also the published author of ten books. Her new devotional, Finding Hope in Crisis: Devotions to Calm the Chaos is scheduled for release on February 1, 2021. The pandemic changed her women’s ministry from speaking at numerous in-person events annually to hosting weekly women’s Bible studies via Zoom. Only God knows whether in-person events will resume and what they’ll look like.

In 2018, the Foxes moved aboard a sailboat in Richmond, BC, and their ministry has grown to include other boat dwellers in their marina. They have three married children and nine grandchildren.