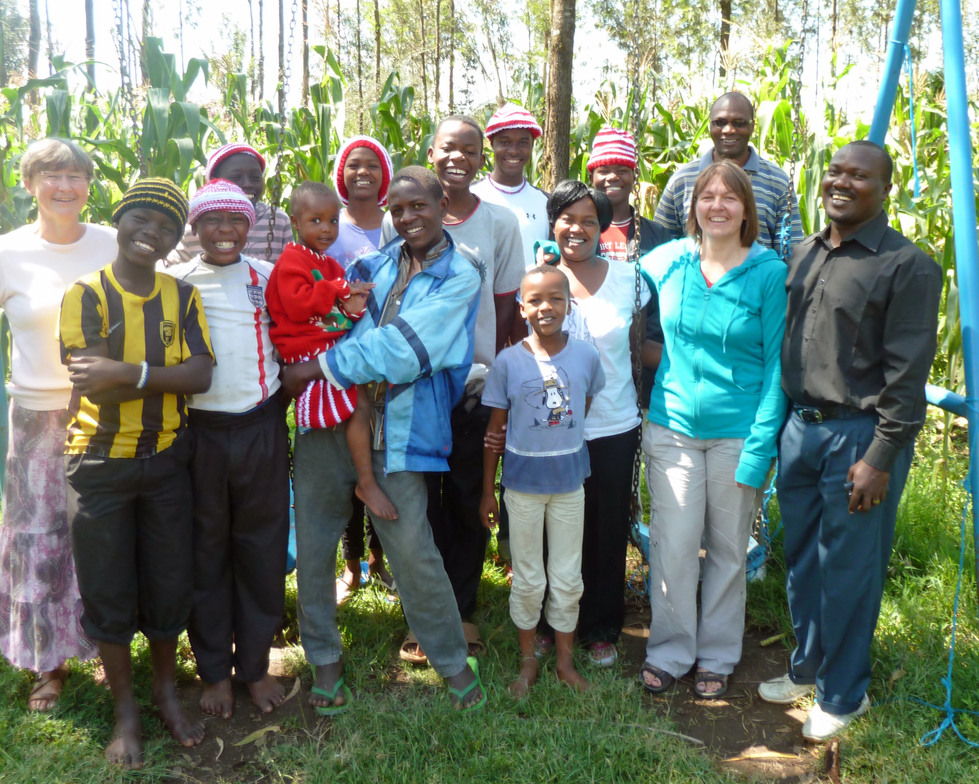 Greetings to my CRBC family!

As I look around CRBC on any given Sunday, there seem to be many people I don't know. For that reason, I asked if I could get information out to all at CRBC about a ministry that we, as a church, took on several years ago. CRBC has supported  Ngorika Children's Home (NCH) since about 2006. We give to it in the same way we do to many missionaries, and there are also several  individual sponsors of the children at the Home, as well as a few who are what we have termed 'Friends of Ngorika'  as they give regularly towards the whole Home, not an individual child in it.

So, what's NCH all about? It's a home for boys in Kenya who have been orphaned by the AIDS crisis there. It was started when Mark & Catherine Buhler, FEB International missionaries, and formerly of CRBC, were ministering in Kenya and working alongside a Kenyan-trained pastor and his wife, David and Peninah N. From about 1993-2000, David had a ministry working with street children in Nairobi, the capital city of Kenya. This  ministry consisted of feeding the children, teaching them Bible stories, and helping them to learn to make an honest living by recycling garbage from the streets. Later, Mark would come alongside him to work with him on the streets. Sometime during those years, the idea to start a children's home for orphans took hold in their hearts. It was their hope to reach the boys before they moved to the streets where they learned habits that were difficult to undo.  In 2004, the doors of NCH were opened to the first two boys, Abraham and Anthony. A year later, Charles joined the family and over the next 3 years, Ayub, Gregory, Mahlon, Michael, Peter and Stephen were welcomed to the Home. The last 2 boys,Benjamin and Francis, joined the home in 2010, bringing our total count to 11.

David and Peninah's own family has grown over the years as well, and they now have  3 children. Peninah, a trained nurse, also runs a small community medical clinic where she looks after many of the medical needs of the surrounding community. Together, they are dedicated to the care of the boys,  seeking  to integrate them into a loving home environment that provides for their physical, intellectual, emotional, and spiritual needs. Their desire is that the boys  become godly men within the family, church, and community.

Over the past 8 years, other supporters have come on board to help out with the needs of raising 14 children at NCH, but the people of CRBC still have the largest input. CRBC was the largest donor in the funds we raised to dig a well  for NCH in 2011. You can read about that miracle here:    http://www.aimint.org/can/en/see/stories/54-well-done. CRBC members have helped NCH in so many ways: they have bought backpacks, mattresses, mosquito nets, bed covers and paid for school fees and for tutors to help the boys with learning needs, to name just a few. As you can imagine, the boys' paths before NCH were not easy and some of them were downright unimaginable. We have prayed for the boys continuing needs and celebrated their accomplishments! There continue to be many triumphs, though the waters were not always smooth sailing.

I must finish. I could go on but I will save that for a second post some day! And, oh yes, we do still have needs: looking after 14 children tends to result in that!  At the moment, we are in prayer about the need to fundraise for the secondary education costs of our children. There are two more young boys that we would like to be able to take into the Home, but we feel that we need to have more of our postsecondary school  costs attained before we can do that. If you feel  led to give to this need, or to become a 'Friend of Ngorika', feel free to give myself, Julie Fisk or Jacqueline Portmann a call. We would love to chat with you!

Thanks for taking the time to read this.