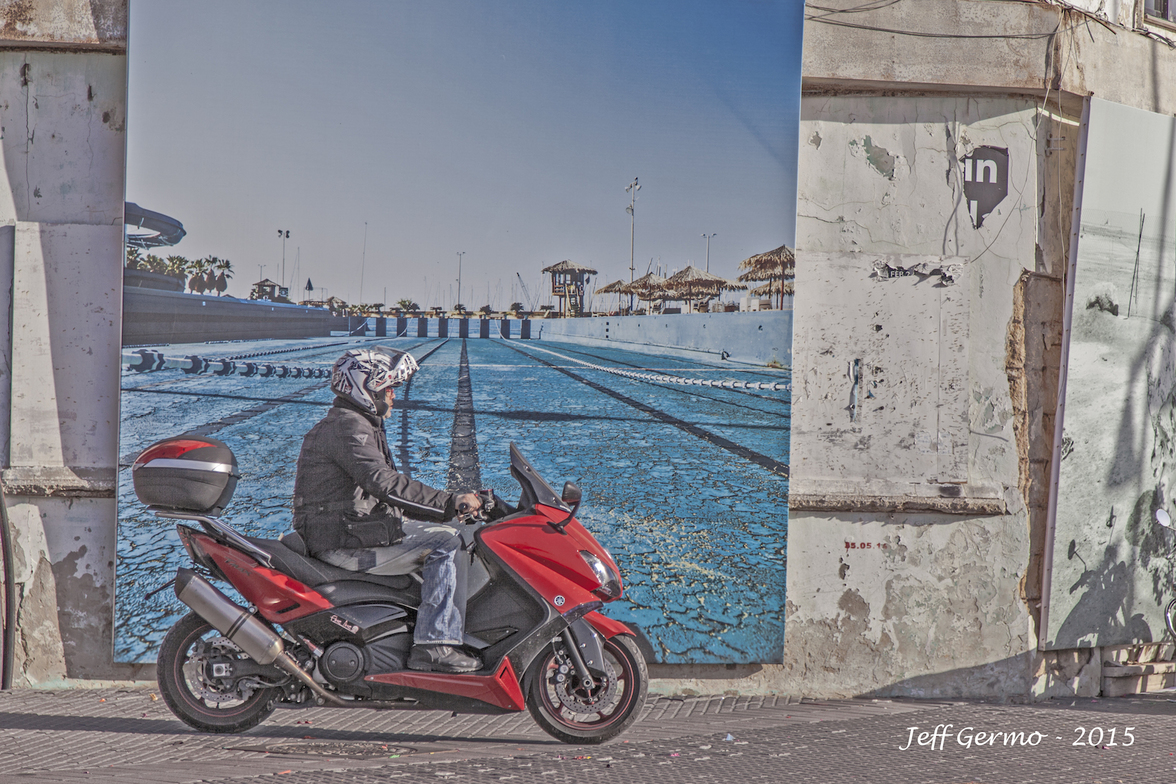 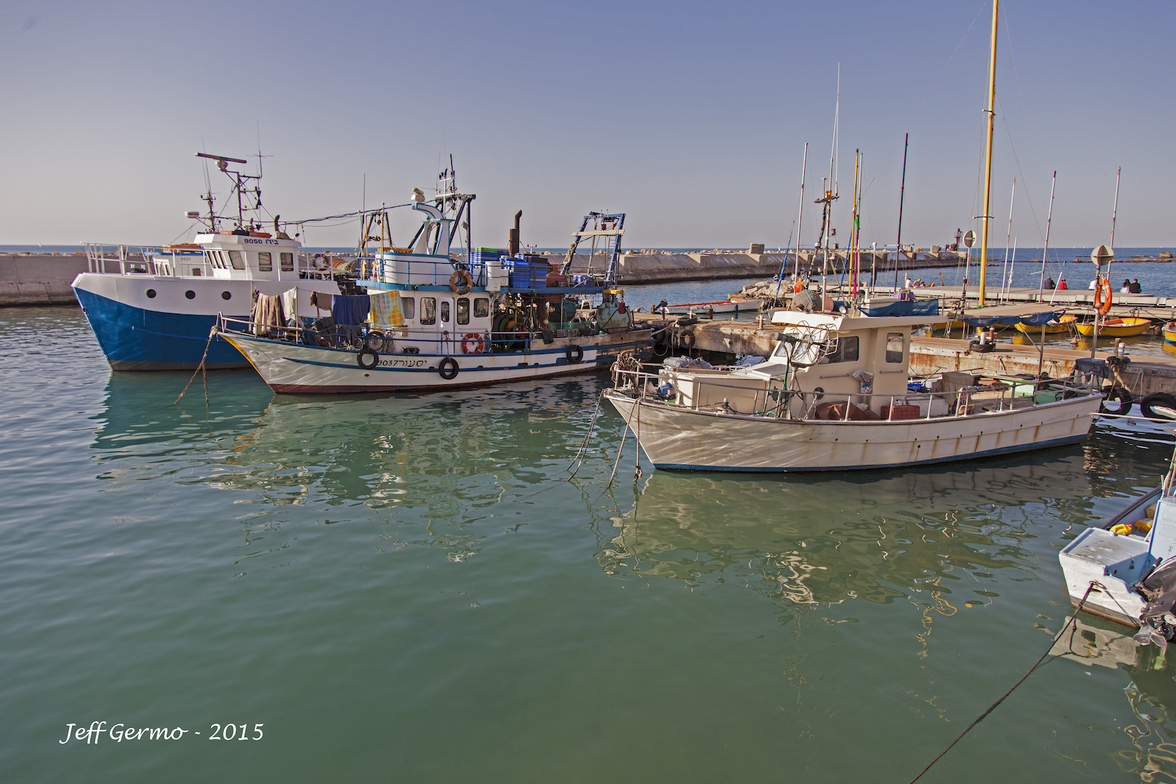 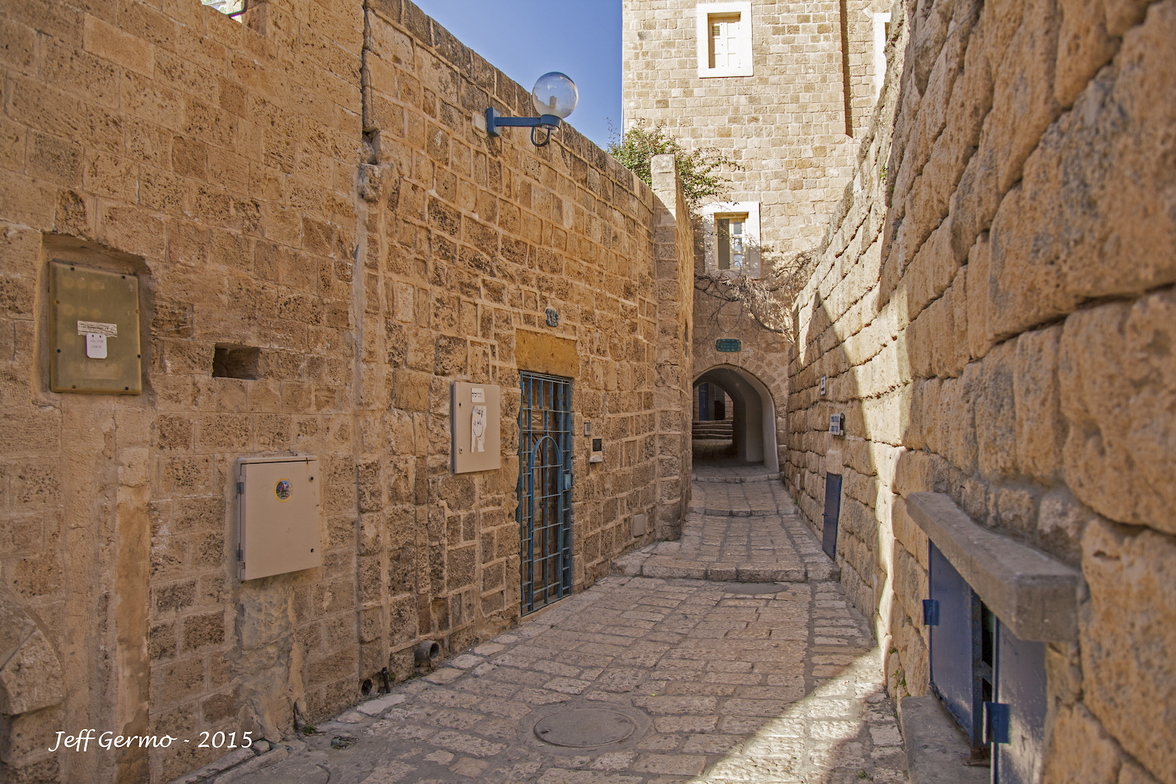 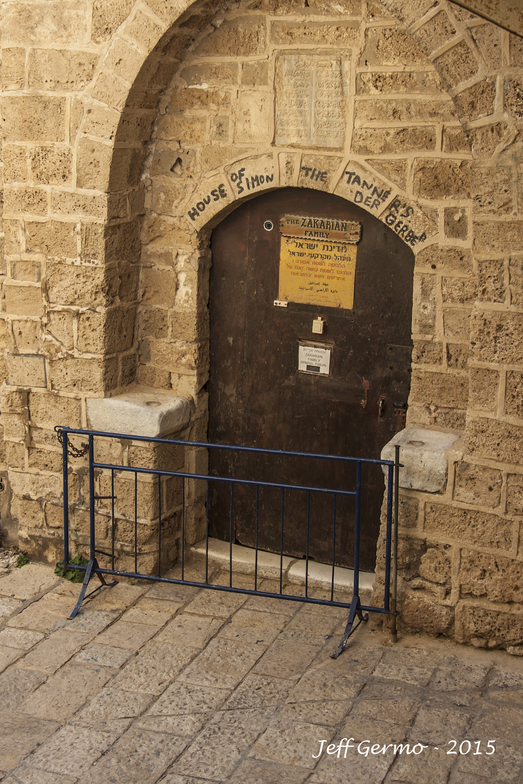 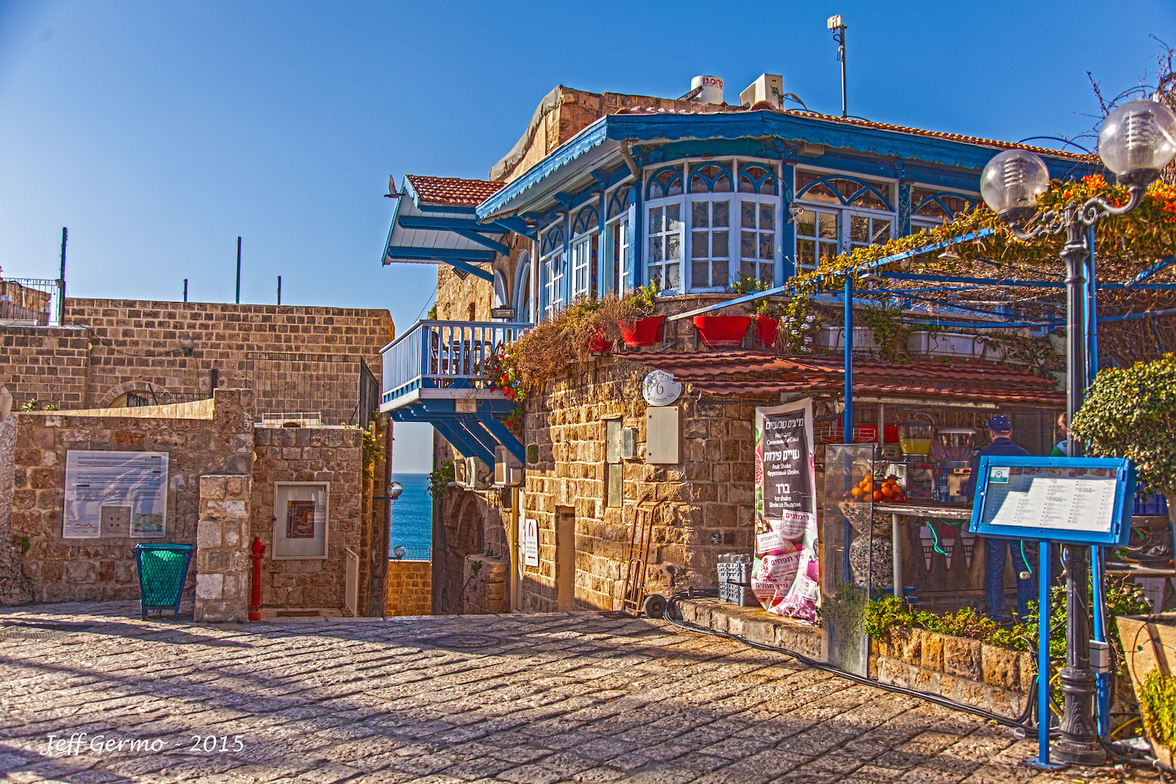 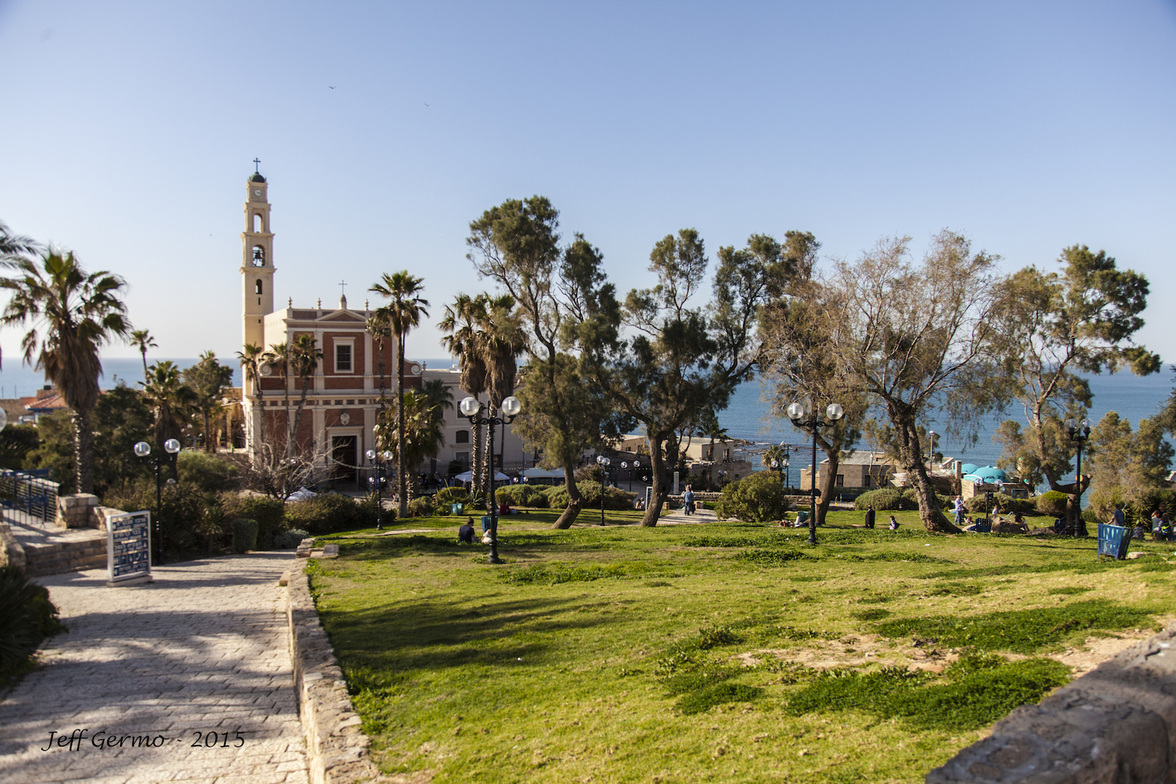 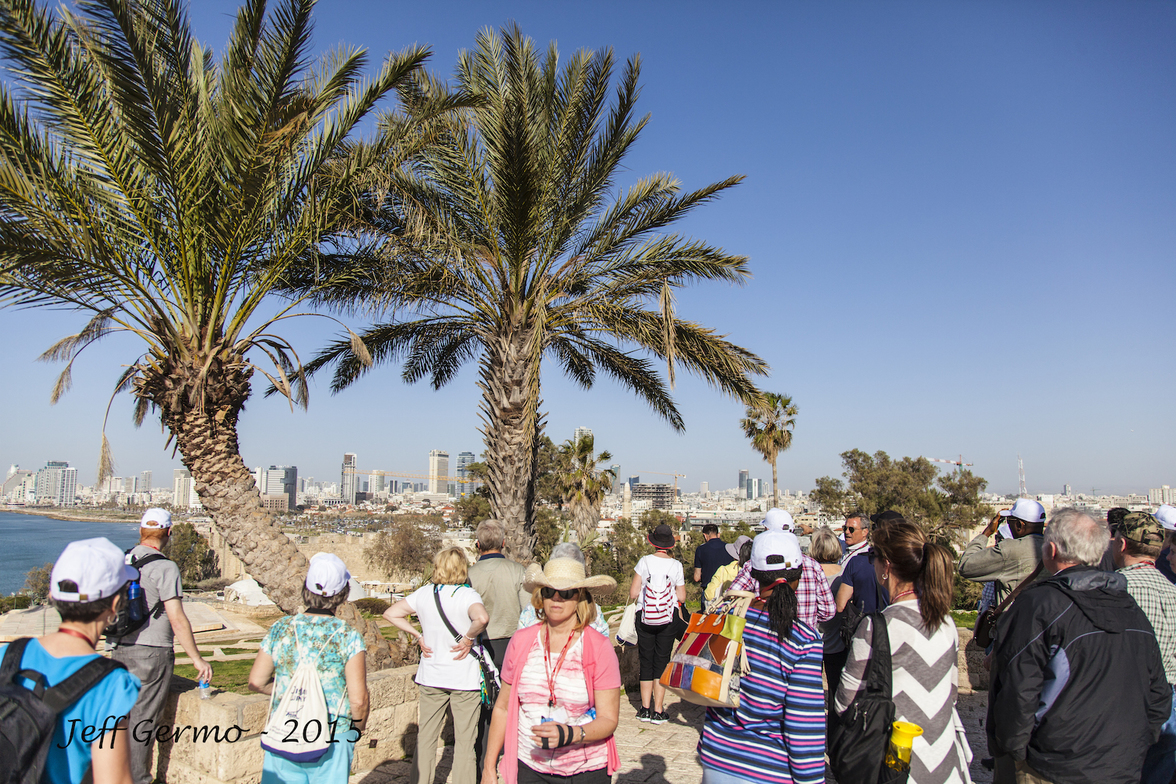 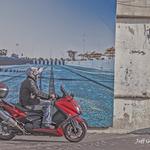 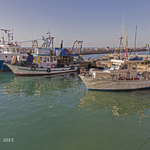 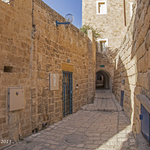 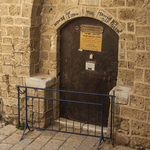 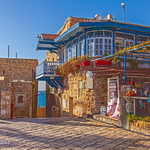 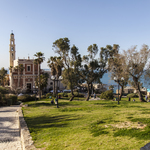 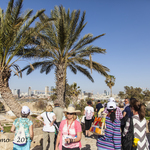 It's 8:00 pm. We just finished dinner. Our group got a taste of things Jewish tonight, not only the food, but the sounds of families in the restaurant singing sabbath songs and reciting their sabbath  prayers. Sabbath begins at sundown Friday and ends sundown on Saturday. Sabbath is taken very serious to many Jews. A couple of our group found that out the hard way. They got stuck in the sabbath elevator. Sabbath elevators differ from normal elevators because the normal ones actually work on the sabbath. I'm not sure if the elevator malfunctioned, or why it didn't work. Normally a sabbath elevator's buttons don't work and it will stop at every floor so the riders don't have to push the buttons. Pushing buttons is considered work. They won't flip light switches on either. They would be on a timer so as to not break the sabbath. Anyway, I have yet to hear the whole story, but they were stuck in the elevator for about 15 minutes on their way to dinner. Tomorrow I will find out the rest of the story.

Let's back up a bit. We left our hotel at the Dead Sea in Jordan this morning at 7:00 so we could arrive at the border at 7:30 to meet Isaac, our Israeli guide. On the Jordan side, normally all the luggage gets scanned and then you would proceed to the Israeli security. The Jordanian border guard must have been in a good mood, because he just looked at our luggage and told us to go through. I figured he must have had xray vision -- or not.

Security on the Israeli side is another story. We had to go through six levels of security including xraying our luggage. Once through we met Isaac, boarded the bus and continued on our way to the airport to pick up the other half of our group from the Tel Aviv airport. On the way we hit a traffic jam caused by the Purim festival. Purim is celebrated to commemorate the story of Esther who saved the Israelites from annihilation by the King of Persia. You'll have to read Esther for the whole story. Anyway, apparently, the modern day version of the Purim festival is to dress up in costumes of all kinds, much like kids do for halloween in North America, only it's not just kids that participate in Purim. People of all ages crowded the streets dressed like historical figures, or superheros or any kind of creative costume they could think of. Traffic was slow, but we could pass the time by watching the people.

Once we retrieved the other half of our group from the airport we headed to Jaffa (biblical Joppa). Two well known events in biblical history took place here. Jonah caught a ship to Tarshish to try to run away from God, as if that would be possible. God had called Jonah to bring a message of reconciliation, repentance, and hope to Ninevah. Jonah hated the Ninevites and didn't want them to repent. He knew that if Jonah preached God's wrath to them and called them to repentance they might just do that. He knew that God was a gracious God and he didn't want to risk that they would be saved, so he ran. But, he couldn't outrun God. Like the hound of heaven God chased after him and steered him back to be true to his call. Ninevah, much to Jonah's chagrin, repented. And just like Jonah predicted, God withdrew his wrath from them. Jonah was ticked off. God's message to him was that Jonah should see those people in the same way God does. He loves them and wants them to seek after him. There is no resolution to the story of Jonah. We don't know if his heart changed.

It's hard to know why the story is left hanging like that. I think though, that it's like that so we are left to question our own hearts to those God has place in our worlds. What is our heart towards the "Ninevitesque" people in our lives? Do we need a change of heart? Are we running from something we know God is calling us to?

Enough sermonizing. We saw the port in Jaffa where Jonah likely caught his ship. We also saw what is called Simon the Tanners home, near the sea. In Acts 10 Peter had a vision of a sheet being let down from heaven with all kinds of animals on it, clean and unclean. Peter was hungry and a voice from heaven told him to kill and eat, but Peter being a good Jew would not eat anything that was not kosher. God told him a second time to kill and eat because "What God has made clean, do not call common."

The message God gave Peter in that exercise was that God loves the Gentiles and has called them to himself as well. Up until this point there were no Gentile Christians. Christianity was a Jewish "religion." This was a game changer for Peter. Can you imagine how this must have shaken his world and the worlds of every Jewish Christian that lived at that time? Everything, from that point on, would be different. No longer would Jew and Gentile be segregated. All those walls would be broken down by the death and resurrection of Jesus.

The similarities in these two stories are quite astounding. Both had to do with Jewish nationalism and a feeling of superiority by the Jews and God's heart for all people. There are no walls. No air of superiority. No heirarchy. All are equal in God's sight. What a glorious truth. There is hope for all of us.

There is neither Jew nor Gentile, neither slave nor free, nor is there male and female, for you are all one in Christ Jesus. (Galatians 3:28)

Tomorrow we will go to Caesarea Maritima, Megiddo (Armagedon), and Mount Carmel. It's going to be an exciting day.